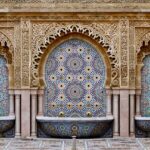 All About Arts and Crafts in Morocco 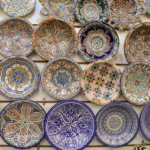 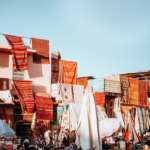 Things You Should Know About Moroccan Rugs 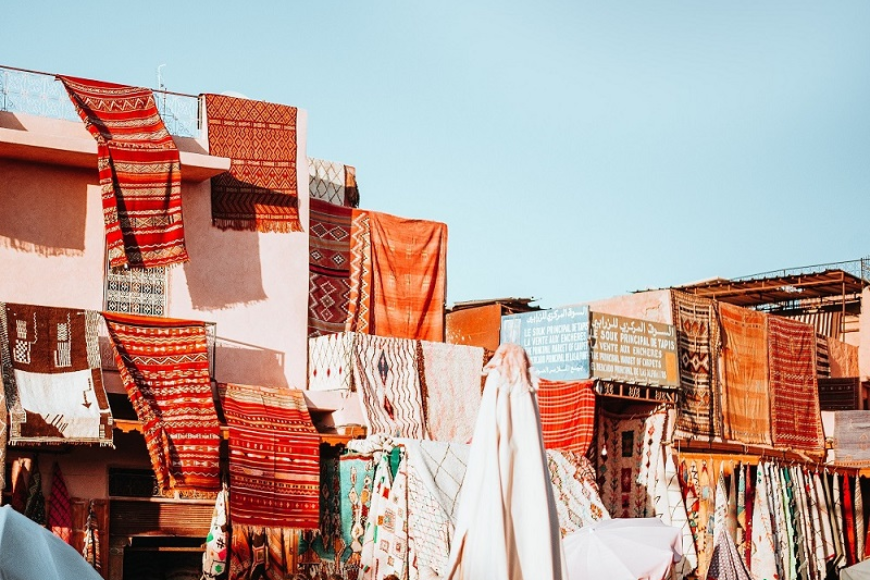 Things You Should Know About Moroccan Rugs

Moroccan rugs are among the most authentic Moroccan textiles inherited by generations throughout history. And one of the first things you should know about the Traditional Moroccan Rugs is that they were used for home furnishing, and as time has evolved, they have become a masterpiece of fine antiques that can be considered a piece of the Moroccan décor. Moroccan rugs have invaded the world and moved from one country to another as a piece of memory or even a decorative masterpiece. Below you will find out a few things you should know about Moroccan Rugs.

The original Moroccan carpet is a traditional Art in the ancient handicraft industry; one of the oldest crafts ever practiced by Amazigh women, as it evolved with the advent of the Phoenician civilization.

This industry enabled the people of this craft to gain new skills in wool painting, which further enhanced the sophistication of color, making the Amazigh rugs even more esthetic.

There are many types of Moroccan rugs that you need to know about, which the names are often associated with the name of the region to which they belong.

The Moroccan carpet industry also differs from one region to another according to the type of raw fabric used, as well as the colors and method of carpet decoration with engineering design and shapes.

The traditional Moroccan carpet passes through several stages, from preparing the raw material, which is wool, to the masterpiece that represents the final work. These stages are:

The raw material that women (who make the rug) rely on in making traditional carpets is wool. Wool, as we know, is among the raw materials that require patience in providing it.

The stage of preparing wool begins with shearing the sheep, and moving the wool flocks into a clean area. This stage is usually done in the spring.

The next stage is to clean the wool and taking a good care of it, so that it does not get dirty. The wool is then washed well and dried in the sun, waiting for it to be classified according to type and color.

Once the wool is dry, women start combing it with the traditional Wool Comb. They soften the wool to make it an easy-to-use material later in the dyeing stage.

Finally, women dye the wool with natural materials such as henna, saffron, cinnamon and others, depending on the desired color. After that, the colored wool is exposed to the sun for drying.

Wrapping the wool to facilitate weaving

In Al-Soudwa, wool is used in white, black, brown, or other colors by adopting a single, bilateral or triple thread, as the latter is considered the most dependent.

Al-Soudwa is a traditional method used to control the tension and precision of the threads, which helps to complete the work with high quality and accuracy. Although it has undergone great development, this traditional manual method remains the best.

As for the weaving machine, it is made of wood and consists of “Rkayez “, a local word meaning ‘the bases’, and was given that name because it has two opposite vertical frames that carry two other horizontal frames where it manifests itself. The role of the last two is in folding the wool and the woven rug.

In addition, the weaving machine has three straight lines distributed on the sides and in the center. The latter controls the separation of strings and prevents their clashing, and it is called the “Refda”.

As for “El-Khellala”, it is a tool made of iron that knocks the fabric in order to secure the threads that are woven. Its length ranges between 15 cm and 16 cm, with sharp teeth mostly from 16 to 12 cm, leaving a distance of 0.5 and 0.8 cm between each tooth.

Finally, “Jebbad”, or “El-Msella”, is the one who adjusts the measurements in width. It a very old device: a bar of iron with a diameter of 0.5 cm, with a length of 15 cm.